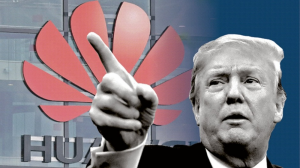 After troubled weeks, Donald Trump finally gave in: American companies are once again allowed to deal with and sell to the Chinese manufacturer Huawei. However, the latter is not yet out of the woods.

You couldn’t have missed it in recent weeks: Huawei is in a fight with the American government. Concerned about possible Chinese espionage, and in full opposition to China, the Trump administration has integrated the American equipment manufacturer into its “Entity List”.

The reason for this action was to prohibit any interaction between an American company and the Chinese Tech giant. However, at a G20 conference, Donald Trump reversed his decision.

OnePlus 7 Pro 5G: the fastest smartphone in the world?