Humawaz
Home Smartphones A smartwatch that unfolds into a smartphone? This is what it would... 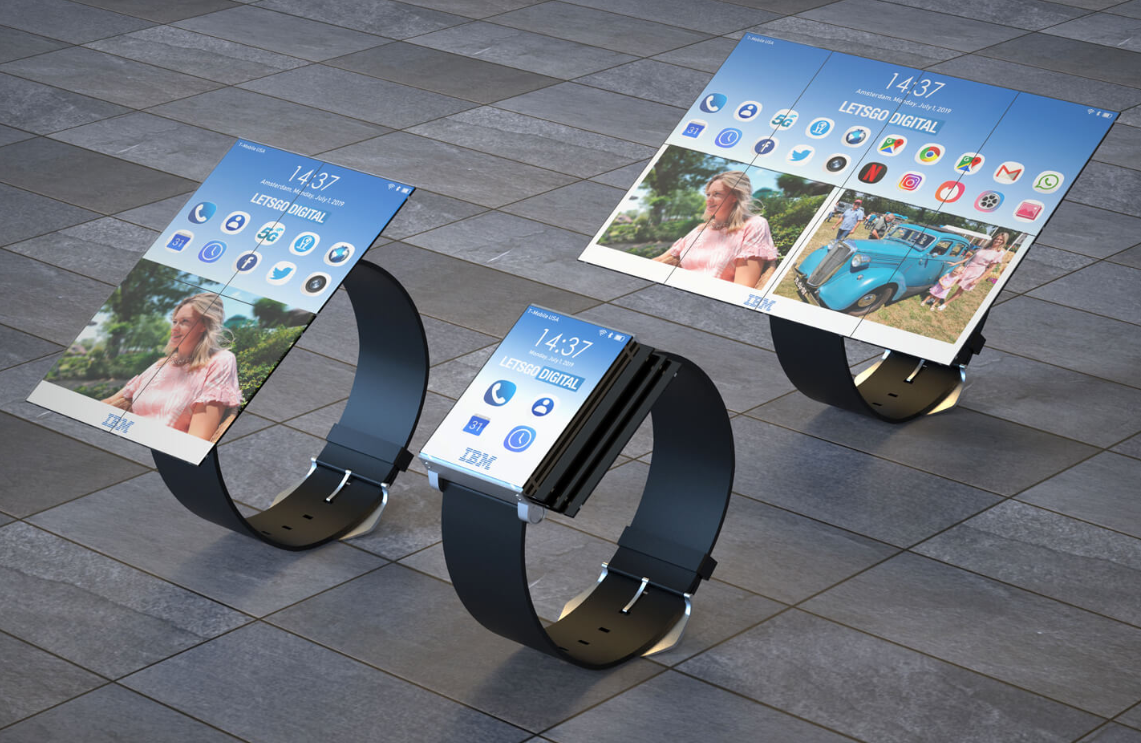 A smartwatch that unfolds into a smartphone? This is what it would look like 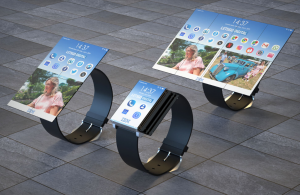 Imagine a watch with a foldable screen that could be transformed into a smartphone or tablet.

Since Samsung’s presentation of the Galaxy Fold, folding screens have been making headlines in the high-tech press on a regular basis. This week, it is the Let’s Go Digital website that is treating us with these renderings representing a watch connected with a foldable screen folded like origami and which, once unfolded, transforms the device into a smartphone or tablet.

According to Let’s Go Digital, these renderings are based on a patent registered by IBM and posted by the US Trademark and Patent Office.

Needless to say, for the moment, we share these returns only for the pleasure of the eyes. Such a device will certainly not be available for a very long time, especially considering that IBM is a company that has a very large number of patents, but does not necessarily use them all.

Anyway, these images give us an idea of what the future could look like thanks to the folding screens.

Samsung says he is already solving the design problems of the Galaxy Fold, its hybrid smartphone/tablet. Huawei, on the other hand, says they will release its Huawei Mate X in September.

As for Apple, it is also possible that one day it will use this technology. But according to some media reports, the Cupertino firm is more interested in a foldable iPad than a foldable iPhone.